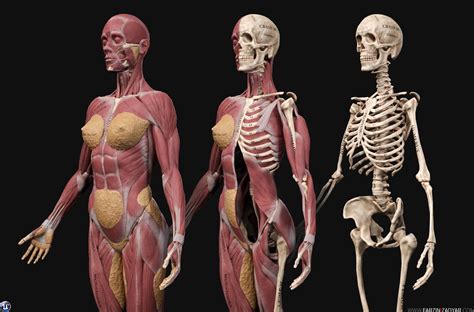 Elsevier has launched “the most advanced 3-D full female model ever available,” according to a recent press release.

“This is the first time that a female model has been built with this level of detail in its entirety, to represent the female — versus replacing specific areas of the male anatomy with female features,” the Elsevier release stated. The company, which is a known leader in publishing research and information analytics, said in the release that this model would help educators for the first time teach, visualize, and edit anatomy entirely from the female perspective using a realistic detailed 3-D model.

Historically, the female anatomy has been underrepresented in the study of the human body and the company said this is a major milestone in equal representation in helping prepare nursing, allied health and medical students with a complete understanding of the female anatomy, the release said.

“As an advocate for content that is diverse and inclusive, we are thrilled to offer this groundbreaking full female model to allow educators to teach anatomy in an equal and comprehensive way. Complete Anatomy is continuing Elsevier’s rich heritage of innovation in education by delivering on our vision of providing transformative medical education solutions,” Elizabeth Munn, Managing Director, Global Medical Education, Elsevier, said in the release.

Lead subject-matter expert on the update, Yasmin Carter, PhD, Assistant Professor of Translational Anatomy at the UMass Chan Medical School, in Worcester, MA, said in the release, “One of the inherent dangers in using only the male body as ‘anatomical normal’ and the female body as a variation is perpetuating sexist attitudes. This unconscious bias will be carried by learners into their future interactions with the body, including potentially with patients.”

Carter also said this model helped create a diverse, balanced, and accurate platform for instructors. Carter said this option would help “evolve equitable teaching practices by normalizing the female body. Complete Anatomy’s female model will support me in training the next generation of medical professionals to be more appropriate and inclusive.”

The report also said the 3-D female anatomy offers educators a more comprehensive teaching approach and gives them the option to switch readily between teaching the female and male anatomy in their curriculum for comparative purposes.

Debra McWilliams, MS, RN, CHSE, is a Certified Healthcare Simulation Educator and was not involved with the development of this model, but told Fox News that she relies on Artificial intelligence, 3-D technology and other digital platforms to teach nursing and other healthcare professionals at Long Island University’s School of Health Professions and Nursing in Brookville, New York. McWilliams, who is the Director of the Inter professional Simulation Center at the University, told Fox News that, “Elsevier has really looked ahead and created an all-inclusive, diverse and equitable environment in which students can experience excellence in teaching, learning and practice.”

McWilliams also said “Virtual gaming, simulation, and other innovative teaching strategies, such as 3-D anatomical imaging have been able to increase student engagement and buy-in. The future of education requires visionaries and innovators to create engaging interactive environments for this century’s digitally-native generation of learners.”

McWilliams told Fox News that using 3-D anatomy models bridges theory to practice and said the more realistic you can be, the better. The simulation director told Fox News, “I think it will improve patient outcomes because it will help them translate it into the real world.”

The model is part of the company’s app based, 3D platform called Complete Anatomy, which is a top-selling cloud-based medical education app from 3D4 Medical by Elsevier. The model is being used in some first year medical programs in the UK, the release said.