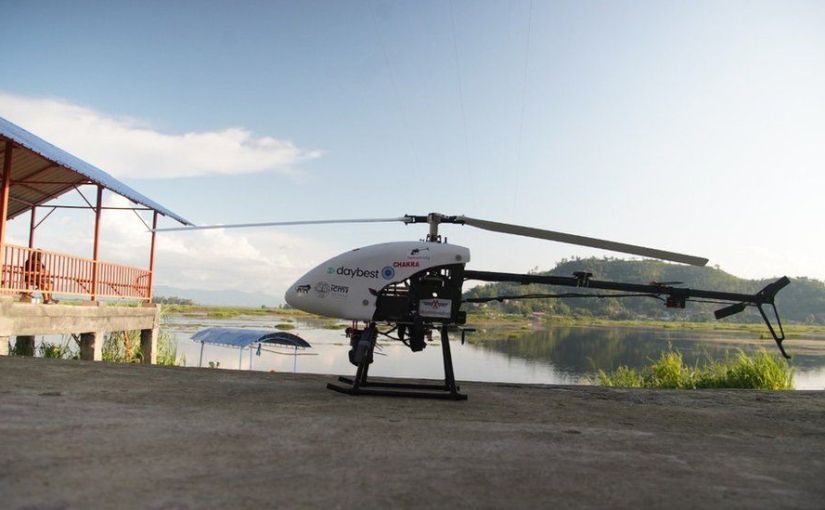 Dr Samiran Panda said drones are being used to deliver doses in mountainous states in the country’s north-east.

India aims to vaccinate all eligible citizens by the end of 2021 but experts say the drive needs to pick up a consistent pace to meet the target.

India has so far given more than 925 million doses of three approved jabs.

About 70% of the country’s eligible population have received at least one dose of a Covid vaccine, according to official data.

India has reported more than 33 million Covid cases, second only to the US, and more than 440,000 deaths – behind the US and Brazil.

On Monday, India tested its first drone delivery of vaccines in the north-eastern state of Manipur.

A drone carrying ten doses flew from Bishnupur to a primary health clinic in the Karang island in Loktak – a 240-sq-km lake riddled with islands – in 12 minutes. The journey to Karang, where 3,500 people live, usually takes some four hours by boat and road.

Dr Panda, chief scientist and head of epidemiology at the Indian Council of Medical Research (ICMR), said the trial run was successful and 10 people on the island took the jabs.

The states of Manipur and Nagaland are now likely to ferry doses to far-flung villages, a journey which often takes up to 12 hours by mountain roads and across streams, he added

Drones will also be used to ferry doses to the eastern archipelago of Andamans and Nicobar where “transportation by boat” was taking a long time.

“We are trying to make sure there are no outbreaks in these sparsely populated remote areas by vaccinating residents fast. If people get infected and contract severe disease they don’t have access to ventilators or intensive care or oxygen in these areas,” Dr Panda said.

The government is using drones which can carry a payload of 4.5kg or a maximum of 900 doses and fly at least 70km (43 miles) to ferry doses.

How is India’s rollout going?

Since 16 January, India has administered more than 925 million doses.

On 17 September, India administered more than 20 million doses in a day in a record-breaking effort to mark Prime Minister Narendra Modi’s 71st birthday.

Experts say record-breaking days are encouraging but vaccination rates need to rise consistently. They estimate that India needs to give more than 10 million doses a day to fully vaccinate all eligible adults by the end of 2021.

Much will depend on levels of vaccine hesitancy and the availability of doses in the coming months.

India’s daily case count has been dropping – it has been reporting less than 40,000 new daily cases in the past month.

But doctors fear that a third wave is likelygiven that the country has fully reopened even as the threat of new variants looms large.

While the vaccination drive has gained momentum, experts worry about a gender gap – government data shows 6% fewer women are getting vaccinated. This is especially true in rural India where women have limited access to the internet and are hesitant or scared to take the vaccine.

Although a higher number of doses are being administered daily in rural areas, the share of population being vaccinated in urban areas is still greater. BBC